A few weeks back, you, dear readers, voted on a cosplay that our girl, Paris, would don next, and the winning character was Yor dressed casually! And now, here it is, as photographed by Abisai Photography. Here are Paris’ thoughts on the cosplay:

It was really fun to work on something that YOU voted on!! I had honestly never seen Spy X Family prior to your vote, but finished it in time for our photoshoot and am now a fan myself! Abisai created the library set and his niece agreed to fill in for the role of Anya for a few of our shots!

Fun fact: I overheard Abi listening to the “Oceans” remix playing in our video, and he had no idea it was even a Christian song! Then as he was editing, he thought the book I was using as a prop looked like a big Bible and decided to use the same song in our video. His wife then told him that it’s her favorite Christian song and he never knew! I thought that was a cool inside touch to the video.

I hope y’all love it!! Thank you for voting for Yor and adding a new favorite anime to my list! 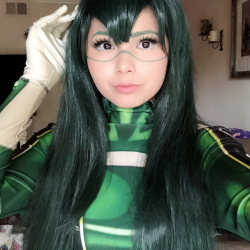 4 thoughts on “Cosplay Beats! Paris as Casual Yor Based on Your Votes!”

Beneath the Tangles @animetangles ·
8h

Beneath the Tangles @animetangles ·
9h

The first images of the live-action One Piece from

Suletta Mercury, Part I: Stuck in the OT In part

[joseph] The first month of the new year is almost