Well, no one lost an arm and a leg in the opening, so we’re off to a happier start to an alchemist tale, and on October 3rd, no less! This alchemist story opens with a quick flashback to an eyeless Sarasa bidding her equally eyeless parents farewell as they go to work. But being anime parents, they don’t last long. This revelation gives Sarasa eyes. Now growing up in an orphanage, she throws herself into her studies, and five years fly by as Sarasa studies, works, and makes exactly zero friends, before finally taking her graduation exam. The written exam is pretty uneventful because who wants to watch people take a paper test, right? But then the practical exam begins! Sarasa must create an intermediate potion and despite some errors in the ingredients given to her, she passes with flying colors, receiving her license. However, while everyone else celebrates their successes together, she remains alone. But wait, how will she succeed without the power of friendship? Well, she does have her mentor, Ophelia, who gifts Sarasa a special bag and assists her in getting started with her career and opening her own shop…in the middle of nowhere. The episode ends with a modest celebratory party and questions about how this young prodigy will do on her own in the countryside. Maybe the mysterious girl watching her from the trees at the end can help.

This opening episode flies through a lot of plot very quickly, with the death of the parents and school years being covered a little too speedily. While I realize the focus of the show is Sasara’s life as an alchemist, it would’ve been nice to see some of the earlier moments given more time. There was some emphasis on her inability to make friends (and also not being overly interested in doing so), and I can see that leading to Sasara having to learn to be friendly and trust people throughout the course of the show. This is something of a cliché but can still be fun if it’s well done. If that’s where Management of a Novice Alchemist is headed, it seems like the kind of show that will be an easy, light watch in between the season’s more action-packed and exciting fare, like My Hero Academia and Berserk—a fun, little romp to enjoy during the fall anime season.

Management of a Novice Alchemist can be streamed on HiDIVE. 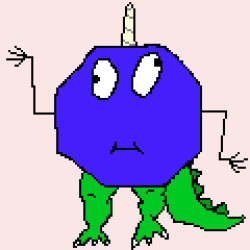 2 thoughts on “First Impression: Management of a Novice Alchemist”

And that's it for me for another night of #TanglesTrivia! I wanna thank all our participants! It was extremely fun and trust me, next time it's going to be even more challenging!

We'll be back next time for more fun and shenanigans!

Till next time, God Bless and Good Night!

And that's all the time we have for tonight!

With 6.5 Points...the winner of our tonight's Prize Laden #TanglesTrivia Session is, once again...

Our boss @thetangles will reach out to you for details! Excellent job!!

TEASER: Rascal Does Not Dream of a Sister Venturin

[twwk] I’ve been reading through the Higehiro li

[joseph] After a long wait today is finally the da