Aliens are invading Earth, and the only way to stop them is through… a game of tag? Life has been turned upside-down and the pressure is on for our womanizing protagonist, Ataru, as he is randomly chosen by the aliens to face their princess, Lum, in a game of tag. He is “it” and has 10 days to tag her. The stakes? The Earth itself, which will be overtaken by these trespassing lifeforms should he lose. Winning the game seems simple enough, but Lum has a lot of tricks up her sleeve. To make things more interesting, Ataru’s friend, Shinobu, has promised to marry him if he succeeds in winning. What can possibly go wrong when an alien princess makes her way into a love triangle, and brings her out-of-this-world powers into the mix? Ataru finds himself spending his time fending off his horrible luck, never-ending misunderstandings, and plenty of literal electrifying shocks.

I’m a Rumiko Takahashi fan but haven’t read the manga or seen the old series for Urusei Yatsura, so I was very excited when I heard the anime was being remade. This was the perfect opportunity to see what all the hype was for the series that landed Takahashi in her first major publication. The first thing I noticed about this opening episode was the colors—they are vibrant and beautiful, and the animation nods back to the original 80’s style of the anime while also giving it a comic-book feel with the drastic shading. I expected a lot of comedy and silly hijinks from this series, too, and the first episode really delivered. The fast pace of the story drove it a bit further than I expected from the first episode, but all the story-building helps set up future episodes, giving viewers a lot to look forward to. I will definitely be continuing to watch this series to see what is in store for Ataru, Lum, and Shinobu!

You can stream Urusei Yatsura (2022) on HiDIVE. 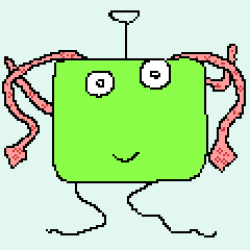 Latest posts by kechristofis (see all)

And that's it for me for another night of #TanglesTrivia! I wanna thank all our participants! It was extremely fun and trust me, next time it's going to be even more challenging!

We'll be back next time for more fun and shenanigans!

Till next time, God Bless and Good Night!

And that's all the time we have for tonight!

With 6.5 Points...the winner of our tonight's Prize Laden #TanglesTrivia Session is, once again...

Our boss @thetangles will reach out to you for details! Excellent job!!

TEASER: Rascal Does Not Dream of a Sister Venturin

[twwk] I’ve been reading through the Higehiro li

[joseph] After a long wait today is finally the da