Yashahime sticks out like a sore thumb. The show starts with her tied up and being interrogated by two men who look like they are from feudal Japan. When Yashahime is finally revealed, she is wearing a blazer and tomboy-like clothes, quite different from those the men are wearing. She tries her best to hide her identity, but her recognition of a bicycle seat and a modern book reveals that she is not of the same era. The show then transitions to a flashback where all the original cast of Inuyasha is introduced. Kagome and Sango are seen caring for the village while Inuyasha and Miroku are out to exorcise a demon. This demon is revealed to have originally been sealed by Kikyo but not fully killed. It does not know of her death or the destruction of the Shikon Jewel towards the end of Inuyasha, so it sought to destroy her and take the jewel. It sensed Kikyo in Kagome and attempts to kill her, but Inuyasha and company arrive to help and fend the village from the demon attack. With the help of Kaede baiting out the true form of the demon, Inuyasha and Kagome finally kill the demon while Sesshomaru can be seen hiding in the outskirts of the town protecting them from the demon’s attacks. While they celebrate their victory, the episode shifts back to Yashahime, who is still bound and being interrogated. She then insists that she be set free otherwise harm will come their way. Before they can answer, they get interrupted by two other girls bursting into the room: Moroha and Setsuna. They set her free and attempt to kill one of the two men, who is revealed to be some demon owl that escapes. Yashahime takes the bicycle seat and book and then they go chase after the fleeing demon.

I loved Inuyasha as a kid, and I still love it today. While the titular character did not get much screen time, everyone from the parent show did show up. I was full of nostalgia and getting out of my seat the entire episode! The soundtrack was the same. The animation and art style was the same with obvious improvements. The interactions between everyone remained the same as well. When Kagome told Inuyasha to “sit,” I had the biggest grin on my face remembering all of the moments from the original show. While I never did pull any deeper meaning from the original show, it kept me entertained with its flashy fights and lovable cast. I don’t know many people who actually did finish Inuyasha to the end, but for those who did, this episode will be a treat. Little was revealed about Yashahime and the new characters in this episode, but instead it was pure fan service to Inuyasha fans, which I have no complaints about.

It doesn’t look like this show can be picked up if you didn’t finish the original series. But for the fans of the original series, it looks like it will be similar and a worthy successor to it. I’m looking forward to seeing what the overarching plot of this is going to be and how involved the original cast will be involved in the new company’s adventure.

Yashahime: Princess Half-Demon can be streamed on Crunchyroll. Read our thoughts on all the new fall anime series, in additional comments from our other writers, on our fall 2020 anime first impression master post. 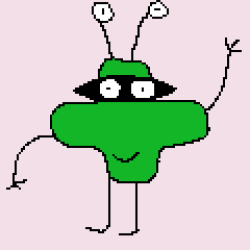 Little announcement of sorts. I have joined the crew at @AnimeTangles. I am so excited to help with the Doki Doki Newscast!

You can listen at the Beneath the Tangles website and SoundCloud to keep up with current anime, video games, and pop culture news.

Wait, wait, wait. Understanding an anime in the context of western Scripture? Is that even legal? Sure is! Beneath the Tangles lays it all out. Please check out: Suletta Mercury, Part I: Stuck in the OT https://beneaththetangles.com/2023/01/30/suletta-mercury-stuck-in-the-ot/ via @animetangles

“M-midnight?! That’s the next day!” These tw

[joseph] First place is always the one you don't e