The extreme hype and popularity for vtubers seemed to be plateauing in the past few months, so I was expecting this panel, hosted at AnimeNYC 2021 last weekend, to be in a small room or venue in the convention. Still, wanting to get front row seats, I decided to go to the panel location two hours early to scout out the line. I was surprised to see the line was already well formed and had plenty of people in it, even this long before the panel started. And then I realized that the panel was going to be on the main stage, and not just some small conference room. Thirty minutes before the panel started, the staff announced that there was no more room and had to cut off the line. When I was seated, I looked back and realized that I was completely wrong, and the hype for vtubers and hololive was very much still there. The lights dimmed and finally, the emcee came on stage and started the program.

Here’s a transcription of highlights from the panel:

Q: Can you please introduce yourselves and tell us what position you occupy in the council?

Sana: Uh I like to eat. Wait, am I the keeper of space? What do I do hahaha…

Fauna: I am the keeper of nature, but sometimes I like to do other things.

Kronii: I am the warden of time and speaking for the clocks. It’s a pain to organize the timelines, but we living like that.

Mumei: I’m supposed to be the guardian of civilization and protect humans and civilization. I never get it but I try.

Baelz: My job… Is to not have a job. I just watch things burn!

Q: On twitter, each member of the council has selected a question they thought was special from you guys. This one is for Sana. With your vast knowledge of the stars, constellations, and planets, throughout your journey of many solar systems, what made earth stand out the most?

Q: This one is for Fauna. If you could choose a type of tea to reflect the personality of each member of the council, what would it be and why?

Fauna: For me, I would be a golden apple tea. Kronii would be an earl grey, because she is elegant, refined and timeless. Sana would be a birthday cake tea with sprinkles because she is cheery and singy. Mumei would be a vanilla berry decaf black tea because no caffeine is allowed for her. And Baelz would just be coffee.

Q: This one is for Kronii. Kroniichiwhatsup! It’s been a fabulous two months with our favorite warden of Time, and I’d love to know if there’s been any stand-out moments where you’ve really felt like you were part of one big community?

Kronii: I really enjoy bantering with the kroniis (the name of the fanbase) especially when they come up with a fire roast. This one moment, I was playing fall guys with them and they were all waiting for me at the finish line and that was sweet.

Q: This one is for Mumei. What is your favorite dinosaur or prehistoric creature?

Mumei: I’ll give you an herbivore and a carnivore. Platypus because it has nostrils on top of its head. And basilosaurus because big head, little body, little arms. It’s useless!

Q: This one is for Bae-chan. As the leader of the council, rank those in order of least likely to follow orders, and who would you put second in command?

Baelz: Ooo I love ranking friends. So um, it would probably be Mumei, Kronii, Fauna, and Sana. Mumei is first because she doesn’t question anything and she’ll take it on. And uh oh ya I trust no one on this council for second in command.

After this, an interruption to the program happened. The screen blacked out as the emcee went backstage to “check in” on the council and the technical difficulties, and then a familiar voice was heard.

Calliope: Did you think you can get away without including us?

The first generation of hololive EN, holoMyth, and IRyS, the hololive EN virtual singer, came in to crash the party. Well not really crash, but actually show some support for their kouhais and give advice.

Calliope: My advice is, do things that you want to do.

Kiara: Take a break if you need to!

Ina’nis: Keep being happy and have fun.

Gura: Uh you guys make good content so keep at it.

Amelia: You guys are doing amazing so finish the year strong!

IRyS: I’m not really much of a senpai, but keep at it always.

After much surprise and crying of joy from the council members, the emcee came back and prepared to wrap things up.

Q: Could you each give a message to finish things off?

Sana: Thanks for coming and thanks to the emcee and senpai. Find us if you need a big hug!

Fauna: Thank you to everyone. You’re all very kind and beautiful and thanks to everyone behind the scenes and the emcee. Chu~

Kronii: Well I wanna thank everyone who made this happen and when you guys are taking pictures make sure to focus on the ribbon, and have fun.

Mumei: Thank you for having us. I’m doing great. I don’t do very good with crowds, even though I’m the guardian of civilization, but thank you everyone.

Baelz:  Uhhh I think we are very overwhelmed by everyone. Thank you animenyc and thank you our beautiful emcee and most importantly thank all of you for coming out and supporting the council. I love you all!

After this, they signed off and that marked the end of the panel. I really didn’t know what to expect from the panel or what it was going to be, but it exceeded all my expectations—from how well the live broadcasting was and the amazing MC facilitating, to holomyth and IRyS crashing the panel, seeing the idols live was lots of fun and I would go to another panel for them in a heartbeat. All of the council, as well as other hololive members are still active and streaming, so if you’re interested in vtubers, give them a try. I’m sure you’ll find at least one who you click with! 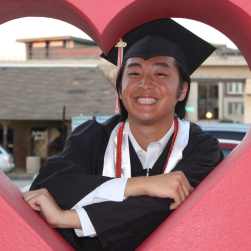 Season one of Rent-a-Girlfriend was a trainwreck, which is exactly what made it so much fun. It was bonkers in its audacity to make someone like Kazuya the protagonist, and unrepentant in how messed up he is while still giving him a harem.
First Impression: Phantom of the Idol
[twwk] Happy Friday, all! Some random housekeeping:
QOTD: Have you ever competed in team sports? Which one? Was it an emotional experience?