The story opens with our protagonist Dariel, a low-ranking soldier in the Demon King’s Army, in a bit of a bind. There has just been a major force restructuring and you know how those go—a pack of new officers come in with a load of bright ideas for how they’re going to whip this sorry unit into shape, and then they make a bunch of changes that drive the people below them (who actually work for a living) crazy while not improving much of anything. Dariel had been the adjutant to one of the top Demon generals, but due to his inability to use even the most basic magic spells he was cashiered once that general retired. Now wandering aimlessly through the forest with nothing but an empty stomach, he suddenly runs into the plot, specifically the plot attached to a tavern wench named Malika. After Dariel promptly dispatches the enormous monster monkey that was chasing her, she invites him back to her village with the offer of the one thing that no one who has had to eat military rations can resist: FREE FOOD!!! To cut a long story short, Malika’s father soon enrolls Dariel as a professional Adventurer and the episode ends on a training session info-dump that Dariel breezes through with the kind of ease that would make Saitama the One Punch Man jealous.

A veteran collecting his discharge papers and actually getting to kick back and relax? Now I KNOW this story is a fantasy. I’m not going to lie, Chillin’ in my Thirties after Getting Fired from the Demon King’s Army feels like it came off an assembly line. The animation and music are incredibly basic and the story is a bunch of clichés taped together with no real thought. For example, the “big reveal” at the halfway point of the episode is that Dariel is in fact human and not a demon, a plot twist that is blindingly obvious to anyone who was paying attention for the first two minutes. If it’s a well-known fact in this world that humans and demons are completely identical except for the little detail that demons can use magic, and Dariel cannot use magic… well, how do you NOT figure it out? The characters are also less than memorable. Our hero Dariel appears to have cognitive abilities not terribly far above that monster monkey he curb-stomped at the start of the episode, given his inability to piece even the most basic facts together. Malika’s most notable trait is her huge tracts of land. A third major character, the D-ranked adventurer Gashita, was introduced in the after-credits sequence, but it’s already obvious that his role is going to be to act cocky and get “jobbed” in order to make Dariel look good. All in all, this one is very skippable unless you simply MUST have more Isekai in your life. 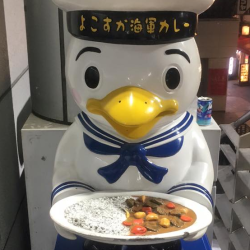 Latest posts by WacOtaku (see all)

One thought on “First Impression: Chillin’ in my 30s after Getting Fired from the Demon King’s Army”

[joseph] I hope some of you guys were able to get

QOTD: If you shared your earbud with someone today

[twwk] Ah, the old hair tousel. I hate it when peo